Let’s be honest: as a Project Manager, keeping track of project information can be difficult during the best of times; let alone when you are responsible for multiple efforts! With several stakeholders requesting different information and team members continually updating you on their progress through their tasks, sometimes finding the time to complete even the Read more about Time Management in a Fast Paced Environment: Part Five[…] 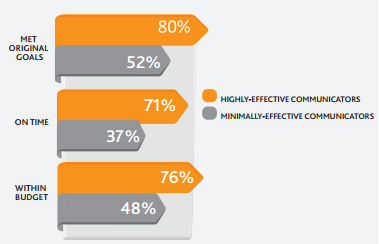 What does Clear Communication have to do with Successful Projects? How often do we, as project managers take communication too casually when managing a project? Most project managers are generally good communicators but are they communicating effectively? In PMI’s 2013 Pulse of the Profession In-Depth report, it was revealed that the most crucial success factor Read more about Effective Communications in Project Management (Part 1)[…]

In my previous blog post, I showed you how to easily determine if you have AutoFilter applied on one or more columns of data, even if those columns are not displayed in the current view. I learned this “nugget” from a class I taught recently for some new team members at EPMA. During this class, Read more about Using AutoFilter in Microsoft Project[…]