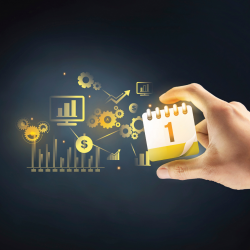 Do you struggle with getting your team to attend your weekly meetings or obtain a status on their action items? Sometimes leveraging a tool such as MS Outlook can assist a Project Manager to gain compliance within their team, and ultimately increase their monitor and control efficiency.

If you’re using Project Online, you might know about the different tools available (listed below) to you for generating various reports. Excel Client – You can use oData feeds in Excel to create and share interactive reports, scorecards, and dashboards using Excel 2013/2016. Excel Online – This enables you to view, interact with workbooks using the Read more about How to Refresh Excel Online Reporting OData Feeds in Project Online[…]

Ever since timesheets were introduced in Microsoft Project Server, there has always been a desire to be able to update the timesheets on the go, so as to not be tied to the computer. Think of projects in Construction Management, where most of the team members are out in the field and are unable to come back Read more about Office 365 Project Time Reporter for Project Online[…]

You may have heard the rumors, but Microsoft officially announced today on the Office Blogs that their previously-named Office Web Apps — an online version of the popular Microsoft Office programs — have been renamed as Office Online. When you visit the Office.com web site, you are now greeted with a clean-looking request to try Read more about It’s Officially Official: Office Web Apps Rebranded to Office Online[…]